Today I would like to tell you about my first hurricane experience.
Since I have only been living in Cancún for 7 months I had not experienced a hurricane until now and this experience was completely new to me.

Announcement of the hurricane

When the hurricane was announced, it was not yet clear what category the hurricane was in, i.e. how strong it would be when it reached Cancún. Therefore, we had to be prepared for the worst. Many people were in a real panic after the announcement and this was especially noticeable in the stores.

Once it was clear when the hurricane would reach Cancún, the necessary precautions had to be taken, i.e. buying food and things to secure the house.

Since I live in a small rented apartment that is not directly by the sea and is already quite protected by the construction, I was lucky that I didn’t have to prepare much. Only the windows had to be taped. But many people had to cover their windows completely with wooden boards. So already on the day of the announcement, after a few hours, all wooden boards were sold out in the DIY stores.

Shopping for the hurricane

As already mentioned, wooden boards were sold out just a few hours after the announcement in DIY stores. If you wanted to buy other things like adhesive tape, ropes, foil, tarpaulins, etc., you had to be prepared for huge queues and hours of queuing.

It was just as bad when shopping for groceries and at the gas stations. Many people literally panicked and in this panic bought empty shelves in the supermarkets. If you wanted to go shopping in the supermarket, you also had to be prepared for the fact that you had to wait in queues for hours in front of the supermarket and then you could hardly get anything when you entered. The radios warned all the time against panic buying and that you should only buy the most necessary things.

On the day of the announcement we talked to people who have been through several hurricanes in Cancún and knew the rough course of what could happen. So we also knew that we would not have electricity during the hurricane and therefore it would not make sense to buy food that would spoil without a refrigerator.

So we decided not to queue up at the supermarket . So we only bought things that will last long without a refrigerator. Water, bread, snacks and other drinks. Fruit, candles, spreads, tuna fish and various canned goods we still had at home. These things we could buy quickly in small stores like GoMart or Oxxo. These stores are comparable to the stores of gas stations in Germany. The difference between a GoMart / Oxxo and a store in a gas station in Germany is that in the GoMart / Oxxo you pay nearly the regular retail price. In a gas station in Germany you pay sometimes double or triple the selling price compared to a normal supermarket.

As mentioned before, I didn’t have to do much. Since the hurricane was supposed to arrive in Cancún during the night, I just taped the windows with tape, filled the spaces between the windows and the window frames with paper, so that they would not vibrate in strong winds and moved the bed away from the window in case a pane should break anyway.

I also charged all devices, such as smart phones, tablets, power banks, etc., because in the event of a hurricane, for safety reasons, the power is turned off in all regions that the hurricane reaches.

Since the hurricane reached Cancún in the night, I didn’t wake up until 3 a.m. when the hurricane had a strength that could not be ignored.

As announced, the power was switched off. In addition, there was no cell phone reception during the hurricane. But the charged smartphone could be used as a flashlight 😉

Fortunately, the hurricane had already weakened to category 2 before arriving in Cancún. Thus, there was some devastation but no enormous damage, as for example in hurricane “Wilma” in Cancún in 2005.

In our apartment only the rain was pushed through the window seals by the strong wind, so that we had large puddles in the apartment the next morning.

Since we had neither TV nor radio and the smartphones had no reception, we didn’t know if the hurricane was already over or if we were in the eye of the hurricane. However, through our landlords, who have a radio, we were able to find out that the hurricane has already passed. 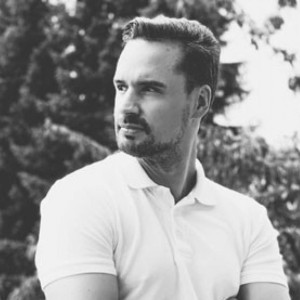